The CO2 laser was invented by Prof. CK Patel at the Bell Laboratories in 1964.

It is the laser that has been studied the most and cosmetic and reconstructive surgeons have the most experience with. Indeed, we know it so well, that it is the one laser that we know exactly what it can and cannot do and what the limitations are. A major advance after the laser had been used for several decades was the rather smart observation that “less is more”: to that end, surgeons began to deliver the laser in small spots, leaving adjoining tissue untreated. Contrary to what one might think, this did not give inferior results to full powered total CO2 laser ablation. Healing was noted to be faster as lasered skin heals from cells from appendages in untreated (and treated skin to a lesser degree) skin.


The results were not only almost as good as full ablation, but some side-effects like loss of pigment were markedly reduced. Of course, with everything delivered in a fractional manner, more than one treatment is needed.

These lasers can be safely used in Fitzpatrick typs I, II, III andin certain cases, type IV skin. Contrary to claims made by some surgeons, it is unwise to treat type V and VI skin without running the risk of marked pigmentary and scarring problems Fractional CO2 lasers excel at treating deeper wrinkles, more severe textural changes from sun damage, wrinkles, blotchiness, acne scars, and surgical or traumatic scars. It can be used on the delicate eyelid skin and around the mouth. It is also a very effective treatment for sun damage and precancerous growths (actinic keratoses).

In the fractional mode, and with the correct duration and power, the fractionated CO2 laser may be used to improve texture, wrinkles, and blotchiness on the neck, chest, arms and legs: however, this is a powerful and effective laser and should only be done by experts because the risk of complications, including scarring, is higher in these areas. Dr. Patel learned all about this laser from Dr. Fitzpatrick in San Diego who took Professor Patel’s invention and came up with the machine we use today in cosmetic and reconstructive surgery. After training with Dr Fitzpatrick, Dr. Patel brought the technology to the Salt Lake City area (together with a couple of other physicians) and lectured and published on it widely.

What will the CO2 laser not do?

• The CO2 laser, fully ablative, or fractionated, will not treat vessels and redness on the face and body or the blotchy change one sees on the sides of the neck, called Poikilodema of Cervatte. These changes are treated by using a number of other lasers we have including the 540 nm, 570 nm, 650 nm laser heads, the diolite 532 nm, the 940 nm for deeper and larger veins and the 1064 nm ndYag laser. Horses for courses. • Although the laser will give tightening of tissues, it is not a substitute for proper lifting and repositioning of tissues like a properly performed face lift or a neck lift or a blepharoplasty.

Which brand of machine is the best for factional CO2 laser applications?

• FACT: there are more than 30 brands of CO2 laser, although the engine inside these machines is only made by two or three laser manufacturers. So this is an exercise in differentiation by deceipt or camouflage: lipstick, not necessarily on a pig, but there are some pig machines out there which are woefully underpowered. • There are several machines, when used by properly experienced surgeons, that give very good results. • The under-powered machines hurt less but give much less of a result! • The Rolls Royce (and Bentley and Aston Martin and Ferrari) of CO2 lasers is the Lumenis Ultrapulse CO2 fractionated laser, which also allows full ablation and cutting. We use this machine and have used various versions of this laser over the years to great acclaim. • Good equipment in incompetent hands will not help you! So it is wise to look at results and outcomes before undergoing ablative CO2 laser treatments.

Short on time? Simply send your enquiry here and we will get back to you with more information.

PLEASE GET IN TOUCH

We look forward to meeting you to discuss solutions and treatments that may best suit your needs. Please make an appointment 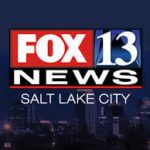 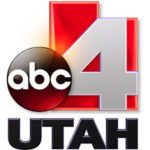 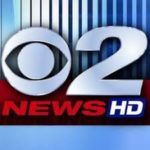 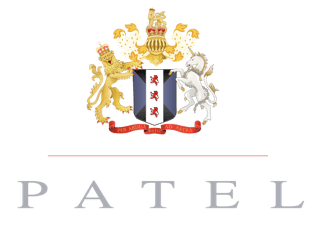